Happy Birthday, Rick Ross! The rapper, born William Leonard Roberts II, celebrates his 37th birthday today (Jan. 28) and what better way to honor his born day than to revisit his wide-ranging discography. The Miami native has managed a successful rap career as both a solo artist and now a label boss with his record empire Maybach Music Group. In celebration of his infallible reign in rap, check out TheDrop.fm's Top 10 Rick Ross Songs and listen to the mogul's best tracks. R-ruh! 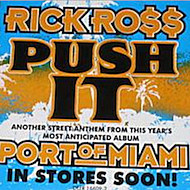 'Port of Miami'
Kicking off our list is one of Rick Ross' earlier songs: 'Push It' from his debut LP, 'Port of Miami.' On the track, which samples the 'Scarface' theme song, Ross embraces his drug dealer persona as he recounts his days of moving cocaine across state lines and getting that money. The remix features rappers  Bun B, Jadakiss, Styles P and Game.
Watch 'Push It' Video 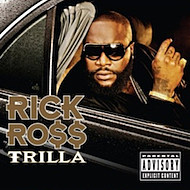 'Trilla'
For those of you wondering where the ubiquitous "Maybach Music" intro came from, it all started here. The soulful orchestral productions by the J.U.S.T.I.C.E League makes this one of the standout tracks from Ross' 'Trilla' album. On it, Rozay flosses of his lavish lifestyle and explains why he is indeed the Bawse. But Jay-Z outshines him here with stellar luxury rhymes. "Black Maybach, white seats, black piping / Remind me of Paul McCartney and Mike fighting / You know, The Girl Is Mine / Life's a bitch, so the whole world is mine," he raps.
Watch 'Maybach Music' Video 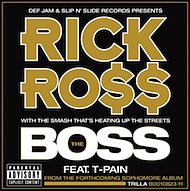 'Trilla'
On this chart-topping street anthem, Rozay spews venom at his haters and boasts about being such a heavyweight in the rap game. "I'm the biggest boss that you seen thus far / Ten black Maybachs back to back in a lane / I'ma make it rain / And I'ma make it back / You are just a lame lil' homie, that's a fact," he spits. In the video -- which looks like an amalgam of Notorious B.I.G.'s 'Warning' and HBO's 'The Wire' -- Ross lets an underling feel his wrath after failing to provide his money on time.
Watch 'The Boss' Video 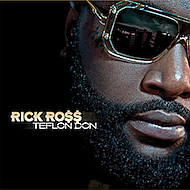 'Teflon Don'
Produced by the J.U.S.T.I.C.E. League, this is a fantastic track from Ross' fourth album, 'Teflon Don.' On the song, the Bawse gets reflective as he continues to pursue loftier dreams and switches from a Maybach to an Aston Martin vehicle. R&B singer Chrisette Michele provides the infectious hook and Drake provides an introspective bridge and a memorable guest verse. "It take a certain type of man to teach / To be far from hood, but to understand the streets / I never threw away that paper with my Grammy speech / Because I haven’t hit the pinnacles I plan to reach," raps Drizzy.
Watch 'Aston Martin Music' Video 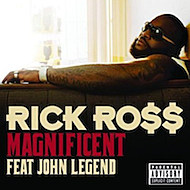 'Deeper Than Rap'
Ross tones it down and caters to the ladies on this soulful gem with John Legend. The rap mogul promises the glamorous life and more to his object of desire. And once again, reminds us who's the HNIC. "I'm a don, I'm a boss, I'm a profit, I'm a G / I'm a CEO, which means that I profit off of me," he raps. The Bawse man ups the ante and delivers a remix featuring cameos from rappers Big Boi and Special Ed, who came out of retirement just to lace Bawse with a verse.
Watch 'Magnificent' Video 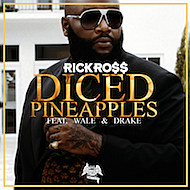 'God Forgives, I Don't'
At No. 5 on our countdown is another rap ballad from Rozay called 'Diced Pineapples.' The piano-driven tune features the Miami boss showing us his romantic side as he metaphorically uses fruit to describe a night of passionate love-making, among other things. The song features a poem from Wale and a hook from Drake. The video itself is a visual postcard from the island of Anguilla, with its scenic imagery of the ocean, the sunset and beautiful women.
Watch 'Diced Pineapples' Video 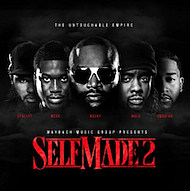 'Self Made Vol. 2'
On this head-nodding banger from the 'Self Made, Vol. 2' compilation, Ross introduces his Maybach Music Group empire. Although Kendrick Lamar interrupts their circle with his guest verse, MMG labelmates Stalley, Wale, Meek Mill and Gunplay all shine on here. Milly raps, "Back to the wall, never let 'em get behind us / Mac in my draws fitting right in my designers / Look at my persona, I dreamed it, woke up and conquered / And there was commas after commas, I eat 'em like Benihana's."
Listen to 'Power Circle' 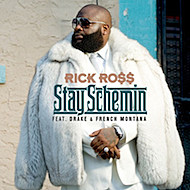 'Rich Forever'
From Ross' 2012 mixtape, 'Rick Forever,' this song gained notoriety for Drake's lyrical shots at Kobe Bryant's wife Vanessa, who, at the time, was divorcing the Lakers superstar. "Kobe about to lose 150 M's / Kobe, my n----, I hate it had to be him / Bitch, you wasn't with [him] shootin' in the gym," he raps. Drizzy has since apologized to Vanessa (through his manager) for his off-handed line.
Watch 'Stay Schemin'' Video 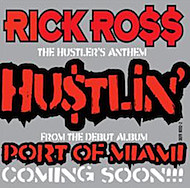 'Port of Miami'
Unquestionably, this is Rick Ross' biggest and most recognizable song in his discography. On the get-money anthem, Ross embraces his drug dealer persona as he details flipping yayo and name-dropping some of the notorious kingpins in the drug game. "I'm into distribution, I'm like Atlantic / Got them pretty things flyin' across the Atlantic," he raps, adding, "Noriega / the real Noriega / He owes me a 100 favors." The song became Ross' first No. 1 hit on the Billboard Rap Charts and has sold over 6 million copies in the U.S. Now that's moving some weight.
Watch 'Hustlin'' Video 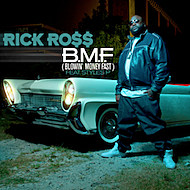 'Teflon Don'
Coming in at No. 1 is Rozay's turn-up anthem 'B.M.F.' (Blowing Money Fast), from his 'Teflon Don' album. The Lex Luger-produced banger is in reference to the infamous drug gang Black Mafia Family, where Ross shouts out its founder's name, Big Meech in his lyrics. "I think I'm Big Meech / Larry Hoover / Whipping work / Hallelujah / One nation / Under God / Real n---- gettin' money from the f---ing start," he raps. The song also courted some controversy with members of the Black Gangster Disciple Nation demanding compensation from the MMG honcho for uttering its founder's name, Larry Hoover, in the song. Ross has sternly refused their demands.
Watch 'B.M.F.' Video

Let TheDrop.fm know which Rick Ross song is your favorite in the comments below.