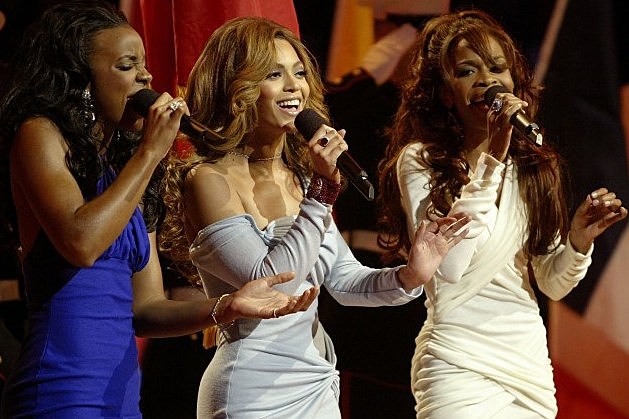 Destiny’s Child snuck up on us when we least expected it. The lauded girl group recently released a brand new song a ‘Nuclear’ and there are rumors they'll be performing at the Super Bowl next month. This means new performance videos, possibly a tour and just everything the game’s been missing.

DC is the third best-selling girl group of all time with 50 million albums sold worldwide. And it looks like Beyonce, Kelly and Michelle are eyeing the No. 1 spot with their forthcoming effort. As we wait for their fifth album, ‘Love Songs,’ to debut on Jan. 29, let's take a look back at some of the ladies' biggest hits. Here are TheDrop.fm’s Top 10 Destiny’s Child Songs. 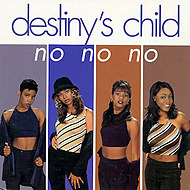 'Destiny's Child'
This is probably the most important song on this list because it’s Destiny's Child's breakout track. 'No, No, No' was the group’s first No. 1 R&B single and climbed to No. 3 on the Billboard Hot 100. With the help of Wyclef Jean, they took the original laid-back version of this song to a new funkier level. Beyonce basically raps her way through the vocals and gives the spunk and charisma we love her for.
Watch 'No, No, No' Video 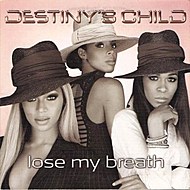 'Destiny Fulfilled'
Three years had passed since the ladies of Destiny's Child released their album, 'Survivor,' and fans were thirsty for new music. 'Lose My Breath' was their comeback single. Rodney Jerkins developed the track. Beyonce told Jay-Z about the song, and he came up with the "Can you keep up?" part, which the three ladies wrote the song around. The track, with its strong drum patterns, calls out guys for being all talk and no action. Perfect introduction for 'Destiny Fulfilled.'
Watch 'Lose My Breath' Video 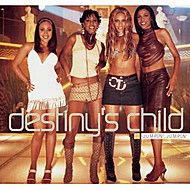 'Writings on the Wall'
This club track advises everybody to leave their boos at the crib. But just remember, Destiny’s Child isn’t responsible if you get in trouble for coming home late as a result of having too much fun. ‘Jumpin', Jumpin’ peaked at No. 3 on the Billboard charts and the song was remixed plenty times over. This includes the popular So So Def remix featuring Jermaine Dupri, Da Brat and Bow Wow.
Watch 'Jumpin', Jumpin'' Video

'Destiny Fufilled'
On ‘Soldier,’ DC reps for ladies who want a dude with street credibility. The singers brought aboard two witty rappers -- Lil Wayne and T.I. -- who balanced out the record. The video shows Michelle, Kelly and Beyonce surrounded by some good-looking around-the-way types. No room for the clean cut guy here. The track peaked at No. 3. on the Billboard Hot 100 and R&B charts.
Watch 'Soldier' Video 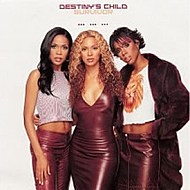 'Survivor'
After Destiny's Child experienced several member changes, business had gotten a little messy and everyone was wondering what was going on with the group. Their single 'Survivor,' also the title of their third studio album, proved that the trio weren't giving up. "Thought I wouldn't sell without you, sold nine million,” Beyonce sings. The track caused controversy as it was said to take shots at former DC members LeToya Luckett, LaTavia Roberson and Farrah Franklin. The song eventually reached No. 2 on the Billboard charts.
Watch 'Survivor' Video 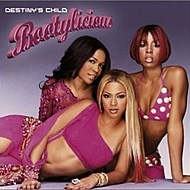 'Survivor'
Snoop Dogg coined the term originally but Destiny’s Child brought it to life in their track ‘Bootylicious.’ At the time, the media was in a frenzy over the curvy shapes of artists like J. Lo and Beyoncé herself. This song brought the word to the mainstream and became a pop culture phenomenon. On the upbeat track, the ladies brag about their goods and are confident that no man can handle what they have to offer. The track was the last No.1 hit single by a girl group.
Watch 'Bootylicious' Video 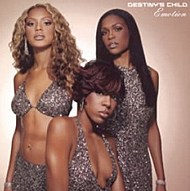 'Survivor'
'Emotion' was a successful cover of a Samantha Sang record by the same name. This version about missing the old while it's long gone leaves you feeling the pain the girls sing even if you're not going through it yourself. The music video for the song made it epic with a three-way split screen showing the ladies going through some sort of "letting go" at the same time. Beyonce found her boyfriend cheating on her with another woman while Michelle's grandmother passes away and Kelly must bid farewell to her partner. In the end they come together in sisterly support. 'Emotion' was an international hit, going to No. 10 on the Billboard Hot 100.
Watch 'Emotion' Video 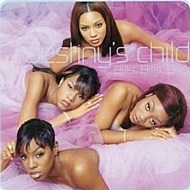 'Writings on the Wall'
No country for cheap men. On this track, the ladies sing the woes of a woman who is ready to upgrade to a baller. A life where telephone bills and automobiles (still love the play on words) are paid with no worry. Although some guys would say their expectations are too high, the song was clearly created due to frustration from dealing with a freeloading man. This track was nominated for two Grammys and spent nine weeks on top of the charts. It was also the ninth best-selling single of 1999.
Watch 'Bills, Bills, Bills' Video 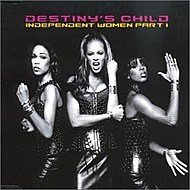 'Survivor'
Now that the ladies are all grown up, there's no more asking guys to pay bills, bills, bills. With platinum-selling albums and Grammys under their belts, Destiny's Child had it all and they needed to represent that movement. The girl power in this song pushed the soundtrack of the remake of 'Charlies Angel’s' in 2001. ‘Independent Women, Part 1’ was so successful it spent 11 consecutive weeks at No. 1. The track was critical in their commercial success at that time.
Watch 'Independent Women Part 1' Video 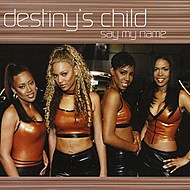 'Writings on the Wall'
'Say My Name' is the blueprint for cheater detection. No need for the polygraph test, just follow the script in the song, and if your man stutters and freezes up on the other line then you know what's up. This is clearly before the days of texting. The song won two 2001 Grammys: Best R&B Song and Best R&B Song by a Group or Duo. The track became an international hit, topping the charts in Australia, where it went double platinum. This was the group's signature track and brought them to the forefront as a super-girl group.
Watch 'Say My Name' Video

Let TheDrop.fm know which Destiny's Child song is your favorite in the comments below.