Crime: Drug possession
Tameka “Tiny” Harris, a former member of R&B girl group Xscape, and her hubby, Clifford Harris, better known as T.I. were driving through West Hollywood when police pulled them over for making an illegal U-turn in September 2010. Cops immediately smelled weed once they approached the vehicle. Upon searching the vehicle, they found pills that resembled ecstasy. The couple was then arrested and held on $10,000 bail. 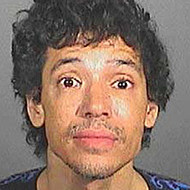 Crime: Suspicion of drug possession with intent to sell
Nothing like a drug arrest to ruin a comeback. Right on the heels of R&B singer El DeBarge's return to stage, he was arrested on March 21, 2012, and charged with suspicion of carrying drugs with an intent to sell them. According to reports, undercover narcotics officers recovered drugs on the 101 Freeway in Encino, Calif., where DeBarge was "acting suspiciously" with another male individual. He previously had an addiction to heroin and crack, and, as a result, spent 13 months in prison. 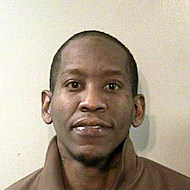 Crime: Failing to appear in court
On Oct. 2, 2009, Shawn Jay, one half of Georgia-based duo Field Mob, was arrested for not appearing in court to sort out charges relating to cocaine and marijuana possession and possession of a concealed weapon. He was booked for these charges on March 27, 2009. 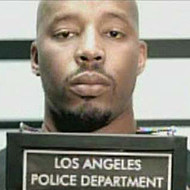 Crime: Suspicion of possession of marijuana with intent to sell
On June 8, 2008, Warren G was driving near Hollywood Boulevard with a friend when LAPD stopped the car on the suspicion of running a red light. Upon searching the vehicle, the cops found an undisclosed amount of marijuana. Both men were arrested and booked till they each posted $20,000 bail. 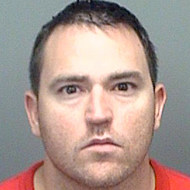 Crime: Drug possession
While you may think he’s going for his chicken wing craving, rapper Bubba Sparxxx was actually at Hooters to get another kind of fix. On May 17, 2009, he visited the restaurant to score some narcotics but was caught red-handed when an off-duty cop saw a bag being handed over to him. After finding substances in his wallet, he was arrested but was released the following day after he posted a $2,000 bond. 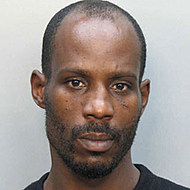 Crime: Violating probation
On Nov. 18, 2010, Earl Simmons, better known as DMX, was arrested for allegedly using cocaine as well as OxyContin without having a prescription. This was a violation of his probation and quickly landed him in an Arizona jail.

Crime: Three counts of possession of a controlled substance as well as possession of paraphernalia
As Big Boi was ready to walk off a cruise ship with a lady on each arm at Miami Port, he ended up exiting in handcuffs. Customs and border control dogs sniffed ecstasy pills, MDMA powder and Viagra, without a prescription. He was only in jail for half a day until he paid off the $16,000 bond. Big Boi could have been charged with three felonies but settled with the Miami courts by donating $2,000 to charities and undergoing mandatory drug testing for three months. 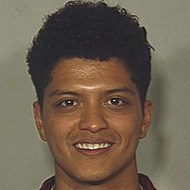 Crime: Suspicion of possession of a controlled substance
While some people hit the poker tables or slot machines in Las Vegas, Bruno Mars took on another pastime. Police found the 'Unorthodox Jukebox' singer with 2.6 grams of cocaine in the bathroom of the Las Vegas Hotel & Casino. Instead of running away or flushing it down a toilet, Mars admitted to his fault, saying he had never done drugs prior to this incident. That could explain why he’s showing off his pearly whites in this guiltless-looking photo. 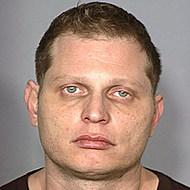 Crime: Cocaine possession
When producer Scott Storch, who’s worked with the likes of Beyonce, 50 Cent and Dr. Dre, saw the cops on his trail, he threw his 2.7 gram supply of blow into a garbage bin at the Cosmopolitan Hotel in Las Vegas on October 2012. But the police were already tipped off by hotel security and quickly found the cocaine. Reports say Storch refused to pay for his hotel room, which forced a hotel employee to call the cops. This isn’t his first time dealing with the consequences of drug addiction. In 2006, Storch dropped $30 million on drugs and had to eventually go to rehab. 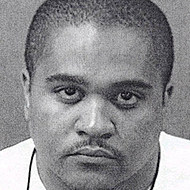 Crime: Misdemeanor possession of a controlled substance
When Murder Inc. head Irv Gotti was casually heading to the backstage area of R. Kelly's California show in August 2003, he didn't think that it would result in him going to jail. As police did a routine security check, they found an ecstasy tablet in his pocket as well as Viagra, which he didn't have a prescription for. He was charged with misdemeanor possession of a controlled substance but was released soon after on an undisclosed bail amount.
Next 100 Hip-Hop Mugshots: 70-61
Categories: Special Features
Comments
Leave A Comment
Win a Beats by Dre Pill Speaker and $150 to Spend on Karmaloop.com [Sponsored Post]